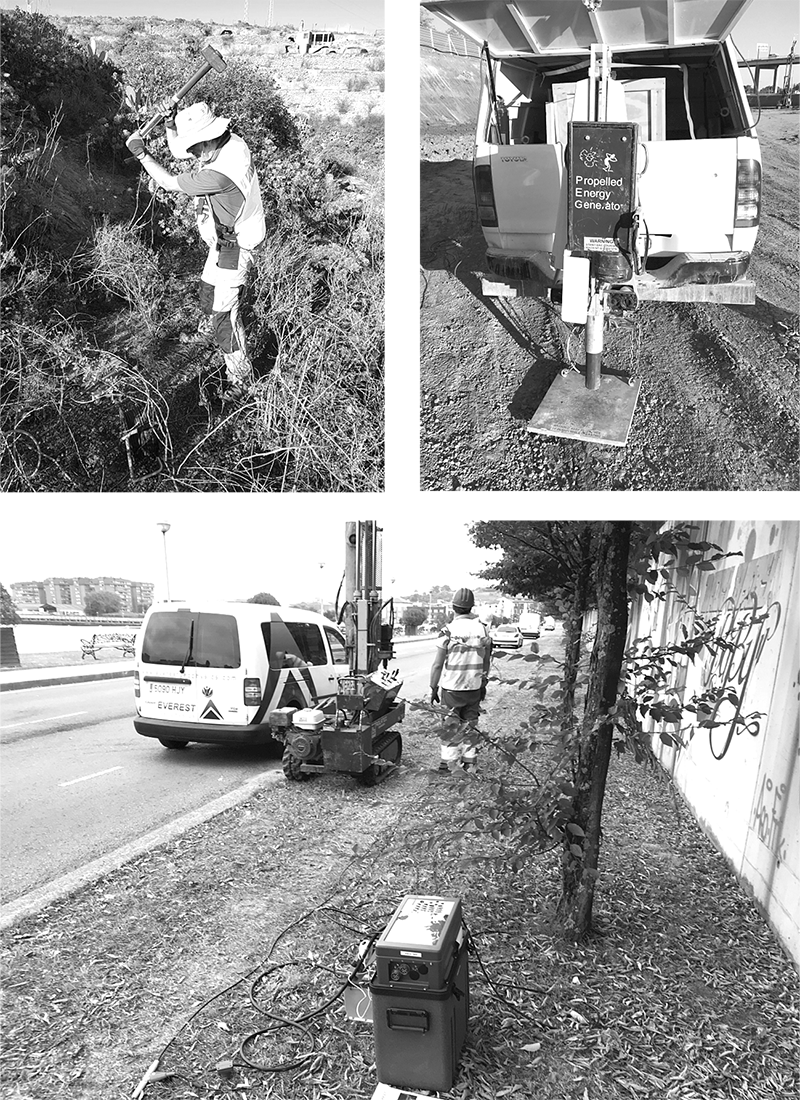 The Seismic Refraction Technique is a geophysical method that benefits the refraction of seismic waves on the ground to characterize subsurface geologic conditions. The method exploits the behavior of seismic energy at interfaces with different seismic velocities. This behavior (change in direction) is described by Snell’s Law. According to this description, the relationship between incident and refracted (and reflected) wave angles when passing through a boundary between two different media in inversely proportional to the velocities across the interface.

Seismic velocity is a property that is strongly related with the compressional and shear characteristics of materials. Therefore, they main applications of the method are those that require an understanding of the elastic properties of the ground: geomechanical characteristics rocks for engineering applications, rippability, depth to bedrock, groundwater exploration, crustal structure and tectonics.

The seismic refraction method is based on the accurate measurement of the travel time of seismic waves refracted at the interfaces between subsurface layers of different velocity.

Seismic waves are generated at a shot point using explosives, a hammer blow, dropped weight or an elastic wave generator. At first, close to the source, the generated energy travels directly through the upper layers (direct arrivals). However, after some distance, the energy propagates down through the various layers before returning to the surface (as refracted arrivals). The energy is then detected on surface at an array of receivers (geophones) spaced at regular intervals.

Seismic refraction can be applied using both compressional waves (P-waves) or shear waves (S-waves), depending on the type of source and sensors used in the survey.

The method relies on the (general) trend of acoustic velocities to increase with depth, which sometimes makes it insensitive to low-velocity layers in the subsurface.

The travel time of the refracted P-waves (or S-waves if horizontal geophones are used) are determined and they are used to generate a subsurface velocity model. The velocity model can be derived as a set of constant velocity layers by matching individually the observed traveltimes or following an inversion procedure in which the model is composed by individual cells of constant velocity (seismic tomography).